Back to Blog Posts
Next

I’ve really wanted to get a bead on the interest rate impact on our St George real estate market as to what and how a buyer might want to strategize for 2023.  You will see in the table below our comparison of buy now vs later. 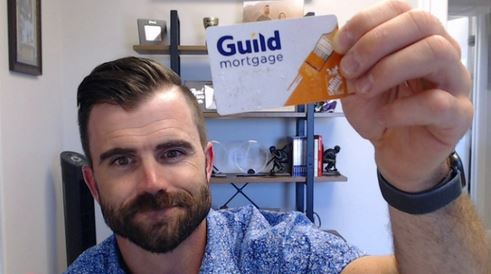 So, I called my preferred lender, Scott Stout at Guild Mortgage (435 229-5747) here in St George.  And what I learned is genuinely insightful.  I told him, “No Scott, this is me, if ‘I, me’, were to buy, because I do want to, but I myself want to time things just right, when should I do it, now or later?  His now [same] honest reply was shocking to me- he said, “I’d do it now”.  I tried to qualify it, “You mean after a while”.  His reply was further insightful, “No, right now or soon”.  “I want to soon”, I reply.  I’m truly in that spot emotionally, I just have to see about my financial ability to do so, as “it” might not be for a bit still.  So, it was all based on “for me” the Realtor.  So, what I’m about to share with you is genuine and honestly what “we would do” if it were us.  Now!  This could very well be because refinancing later is only 3-4K against home appreciation dwarfing that cost and also because prices may start going up on homes very soon, instead of further stagnating or coming down since interest rates just fell from 7.75% to 6.75%.

Let me preclude that this firm, Guild Mortgage has been a consistent source of good information and runs a second-to-none class business. First was Scott's dad, Steve, whom I ran into back in 2004. I met him at a closing and in classic John Wayne style was telling me how it was.  That he just does not have the heart to be… but, pushing people into fixed interest rate loans when he’d be making more money if to, like every other lender, would be pushing people into the 3-1 or 5-1 arm loans. Why is this important?  Those loans he pushed were good!  The others… all of which when the interest rates went variable and jumped on people, helped to cause the worst bubble burst ever WHEN over half our inventory of listings became short sales and foreclosures. And now we have his son, encouraging us to buy- granted it is a little riskier because nobody really knows for sure what interest rates will do.  But this is all, in the case as a majority are talking, about them coming down again.  I think I’ll go with this!

The thing that is revelatory different is that if it were Scott buying, he’d do it now or soon, not later as long as you can afford the payment.  The reason is this, and I concurred as to how home values can shoot up a LOT when interest rates come down, ENOUGH to warrant the evaluation- that to buy now, or soon, is in all likelihood better.  Now or “soon” and what that means to you, can be further teased out with the below discussion of each option on the table.

This is all given that when prices do shoot up, they will most likely be fairly fast or too fast to then act- enough to then be in the same former place, enough to say one should have “acted faster or sooner”.  To paraphrase Scott, ‘The odds of timing it right will be of such a short window, that it will have been too late, so I’d do it now if you're going to end up refinancing anyway.’

If you don't believe Scott believe me!  First, when we went from full-price offers to price reductions, the market fell FAST and I'm guessing 5% is very possible.  And not too long ago, about a year and a half ago, in about April-May, I watched the last two places in the last phase of a development get backup offers of 100K over the offer that was under contract. I've SEEN first hand how this can happen in an instant, with prices shooting way up in one month, because of buyer demand.

Let’s look at this now.  As soon as interest rates trickle down into the 5’s home prices could FLIP from getting price reductions to getting full price or going into a bidding war.  The initial change on the market COULD be an almost instant 25K increase over what you could have previously done. I’m being modest as to what could really happen. Some of this might become more apparent when you read the last paragraph about pent-up buyer demand.

If the Plan is to Refinance Anway to a Cheaper Rate Then Why Wait?

He (Scott w/Guild) concludes it is all about handling the payment, and if you can do that, “buy now!”  In other words, prices have dropped and sellers are motivated as never before; for an offer on many properties. And it may not stay like this very long.  He then explained how refinancing through them, you are not looking at any loan costs, so it is only 3-4K to refinance- pennies in comparison to the equity you'll gain AND lower purchase price on that home.  Not to mention it is easy to buy down the rate right now anyway and to get the seller to pay for it!  One reason prices may go up is that interest rates have fallen because of a correction on inflation news we were looking for, for a long time, from 7.75% in early November 2022 to currently in early December 2022, to 6.75%, a full interest point, Scott reports.

Normal Home Appreciation Aside from Buyer Demand Being Pent-Up Now

Setting this up with the real estate agent's view, I want to say, all of the below “lending and interest rate impact” hasn’t even taken into consideration the idea, that if between now and next year, homes rise 5%, our most modest trend. This is given the last 4 years' history, and we'll go with 5%, but I think it's closer to 10% actually.  And let's say then on a 500K home, then times that by 5%- that is 25K or 2K per month.  That easily alone can pay for a 3-4K refinance, because you bought now vs later.

The rest of this is played out in Table 1 and a description of it is below.

Well, you say, what about the increase in loan payments per month?  So, I had Scott run those numbers off our WORST case scenario of not buying the rate down any, which most sellers are now kicking in 3% toward.  Let us say you don’t do that even, which, why wouldn’t you?  OK, so given interest rates at the 6.75% vs high 5’s later when you refinance and you’d be paying an extra $400 per month on a 500K home.  Let’s say the better case scenario is where you refinance in 6 months or a year even.  In a year you’d be at 25K plus in home value at the very least because remember if rates fell and your refinancing home prices HAVE shot up. 12 payments times $400 equals $4,800 plus 4K (worst case costs with Guild) to refinance and that is 9K in costs, yet 25K in gains.  PLUS you lived in your new home a year earlier.  No brainer even in the worst-case scenarios of hedging our bets that interest rates are projected to come down per our example.

First, let me just say that Scott says anyone refinancing after using them can do it without any lender costs, so on a 500K home, it costs only 3-4K to refinance. So, he believes that homes could shoot up about 50-70K, and I say, “easily” when interest rates do go down. This huge sum of money can be easily absorbed in a refinance to get a lower rate as soon as this summer or at least within a year or two. Granted this is based on everyone imagining that this is what is going to happen, that rates will go down further.

OK, so throwing out any fear of being proven wrong later, as this will be marked on my blog posts.  I’m going to pencil out a 500K home scenario, purchase now vs later AND do it with a “25-50K later” price hike on the home, if you waited and did not buy now, but waited till interest rates dropped.  Let’s say you buy the home now at 500K (it was being marketed at 515K, but you got the seller, which is common right now, to chip in 3% toward your concession costs (closing or buy down rate costs), so you bought the home at 515K, but the seller gave you 15K at closing (so really your actual purchase is at 500K)  to buy down your rate 1.5 points, which is taking a 6.75% interest rate down to 5.25%, the best/most common scenario currently. 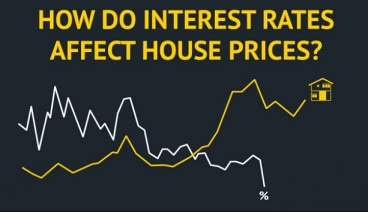 The reason why home prices will shoot up perhaps WAY past a 5% increase in price... or it could be that in a 1 month period (not 12 months) if interest rates drop fast enough, is that there are a LOT of pent-up buyers right now; perhaps as much as 90% of them are “putting things on hold”- hint, thus our dropping home prices.  Not to mention household starts (not actual homes, but the forming of married couples or kids graduating from college, coming of age, etc.) were 1.7 million last year with them only building 1.5 million new homes (.2 million deficit; having to rent instead).  Whereas we have the same demand, and they thought we’d be seeing 1 million build starts, but only 500,000 (half a million) build jobs are projected now, with an even greater 1 million deficit of meeting actual demand.  So we think rents are bad now?  Just wait!  Won’t this drive a LOT more into buying if interest rates go down or into making creative financing work?  You bet it will and bam, homes made the turnaround, and it is too late now!!!

Since the increase of mortgage interest rates, much speculation has taken place about the 2022 St George real estate market.  Here is a 3-year ...Read More

Can prices continue to be this crazy for our homes for sale in St George Utah?Or is the current softening in the market indicating that "what goes up ...Read More