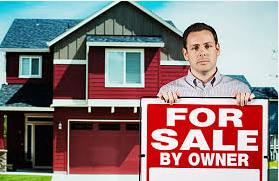 Selling your home on your own is an American idea I think. The National Association of Realtors says that 9% of all homes were sold as a For Sale by Owner (FSBO) in 2013.

"By Owner" is American

I'm one of those agents thinking that the system that provides the least waste and greed inside it, for the services rendered, is what America is all about. I believe the founding fathers set this nation up to eliminate excessive taxation for the kind of service rendered in the exchange process- that this idea, plus land "ownership", formed the basis for liberty and freedom (more info here).

I wanted to know how our current system or charge for a commission to sell, even got started in the first place, because I thought it was excessive. So, what is the typical real estate commission for selling that most for sale by owners are trying to avoid? I'm not into "setting pricing" even though I have a figure in my own head, so to quote Realtor.com, "...but a typical commission is 6% of the sales price." First, typical means typical, not standard or anything else. The market can drive these things as well as anything else. For the purposes of getting ideas conveyed however, I want to assume some numbers without being accused of price fixing because I've taken time to disclose these not being fixed numbers or "standards". OK, as you might know, the seller covers enough for two agents to be involved, an agent for themselves AND the buyer. If I do the math off the above typical commission it could be 3% + 3%= 6% total, assuming 3 and 3 when nothing says it has to be of course. I'm disclosing that I'm making assumptions for explaining purposes only.

Break Out of Commission

So, first, let me entertain a very important idea with you. If you sell a home for 3% and then buy an equally priced home for 3%, did you not pay 6% total? Thus, in one way, assuming a seller will also buy, the seller having to pay a full typical 6% commission, could be the similar bottom line of the buyer paying 3% and the seller paying 3%, even though the seller pays it all from their proceeds of the sale with our current system. Now, why is it not more fairly distributed in this way? These are my answers OK. Would not the buyer tend to bypass the agent and represent themselves on their own written contract, their own regulated version of a contract? Legal problems and battles now could possibly fill the scene and our system of government. Secondly, potentially is there not innocent more naive people that would get totally taken advantage of? Think now of naive buyers being ripped-off by some seller preying on their innocence- made to believe they were getting a good deal when in fact they got ripped off? I'm no sure people understand the enormity of this kind of thing. It is OK if you pay way too much for a candy bar folks, but on a house? It can cost you dearly for the rest of your life! To me, this is the reason for our current system of WHY so much commission when selling- just like insurance, it is a necessary 'evil'. It protects the innocent and more easily exploited among us.

So, in the event of one transaction of sell and then to buy, our more socialistic and legalistic society, wanting to keep corruption out, enlisted an insurance policy to make sure BOTH sides are "protected and encouraged" to stay safe. How is the buying side encouraged to enlist an agent, which by the way empowers them completely, IF they choose it? It's free when you or they buy, that is how they are encouraged. Are they protected? Much better than they otherwise would have been- YES! It really hurts America when you do not have protection built in for the innocent who can often get a lot of hurt visited into their lives when exploitation of the innocent becomes possible. Now, in case you think this can't happen, I have some friends that bought a for-sale-by-owner and they were completely duped by the seller into thinking it was completely worth that price. Even at that current Multiple Listing Market standards they paid way too much for that home. Then the market went south. Then it came back up. Still, they were hurting in having to move for job reasons, and had to ultimately try to sell it as a short sale and then gave that up, to deed it back to the bank as a foreclosure. I was the agent who helped them do all that and more, and I received not one red penny for that service. When they were gone, to get it to be more salable I even took care of the back yard, as it as all grown over with weeds. Now, why would I do that? It was the American thing to do! Many more agents come into this business than actually get to work it for a living, giving more service than they received pay for.I want to advance us past something now. Irrespective of how American I am or not for our current system, you can trust me when I say it is a tough competitive business. I have to now turn us to this reality- it does not matter what we think "should be", but "what is". Then I need to be careful in how I relay statistics, to tell the educated how they were derived, to help us boil this down.

Why are Most "American" Buyers Not Found Looking at FSBO's? 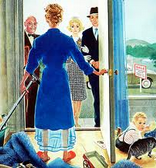 Truly, the culprit for not understanding this fact, historically told above (click on sub-headings), is ignorance alone. You cannot help yourself for not understanding clearly why most true "American-like" thinking buyers, do not more seriously look at the For Sale By Owner marketed homes for sale, 'more' than they actually do. It is because they instinctively are thinking about how immediate access to where the homes are, is not only on the MLS listing service, BUT they understand the necessary 'evil' of the Realtor being involved for at least two undergirding purposes.

...I'm not saying the system is still the best, but I can see how most gearing up to try to sell it on their own might not understand some of the dynamics working not in their favor... namely, not understanding the current reasons and realities behind why so much commission. Now that you know some basis I pretend to, you will also better understand why you don't find most buyers even playing in your very American back yard, but rather on the Multiple Listing System (MLS).

In other words, be sure you have the EXTRA time and potential "taxed" nerves you might ensue upon yourself and possibly your family. If you do great. If not, trust me... I'm as American as you. John Adams' grandfather, is one of my direct great, great... grandfathers, if that helps.

The National Association of Realtors (NAR) reports the following:

"In July 2013, NAR mailed out a 122 question survey using a random sample weighted to be representative of sales on a geographic basis to 148,011 recent home buyers. The recent home buyers had to have purchased a home between July of 2012 and June of 2013. A total of 8,767 responses were received." 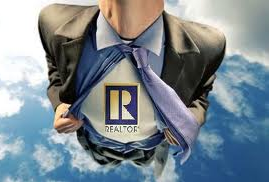 You may have heard the old maxims that come from history:

"The right tool for the right job." ~old maxim

I want to be your consultant. Having taken some research design and analysis training at BYU, I think the random sampling of the study above, leads me to believe it is cross sectional enough to apply here in the St George area. If it was me? Don't take too much of your time warming your feet on that FSBO fire. Now, this website has enough buyers, being on top of Zillow, to warrant any extra exposure you'd hope to get on top of the MLS, over and above what any other agent could get you AND I took the time to tell you why. Can I have your business if and when you do list? If so, contact me here. Or if you would like a market analyis as part of me contacting you, please fill out the cma form here.