Homes for Sale in Foremaster

The views to be had are ones that are facing almost perfectly West right directly into the Downtown area which are often beautiful with the St George Temple and the Red Cliffs marking the skyline as well as being lit up in the night sky. There are also views to be had on the other side that would overlook the Red Cliffs area as well as possibly into Zion National Park Way off in the distance. Read More

Foremaster is also called Foremaster Ridge because it is this narrow ridge line that pops up out of the town and back down almost as fast as you went up. As such, it does feature some of the better views to be had of St George and the scenery.

The sunrises and sunsets, up along the ridge line, could be termed as absolutely gorgeous and breathtakingly beautiful when you consider the red dirt and skylines and bluffs and rocks that the sun will highlight and glow off of or with.

This neighborhood is located about 1500-1700 East of the Downtown area, east of I-15 Freeway and just barely East of the Dixie Regional Hospital. It is only big enough for one road or actually two parallel roads along the most part of it. It can be accessed by way of 700 South, traveling Eastbound and it actually turns right into Foremaster Drive.   This is the Southern access point and there is also one other access or exit point which starts at approximately about what would be 350 North if there were roads indicating such, but there is not. So just as River Road turns into Red Cliffs Drive, or if you were traveling on 100 North Eastbound, it T's, goes North or left on Red Cliffs Drive, then go just past the strip malls and there is an immediate right-hand turn called North East Ridge Drive. This is the only other access or exit point. 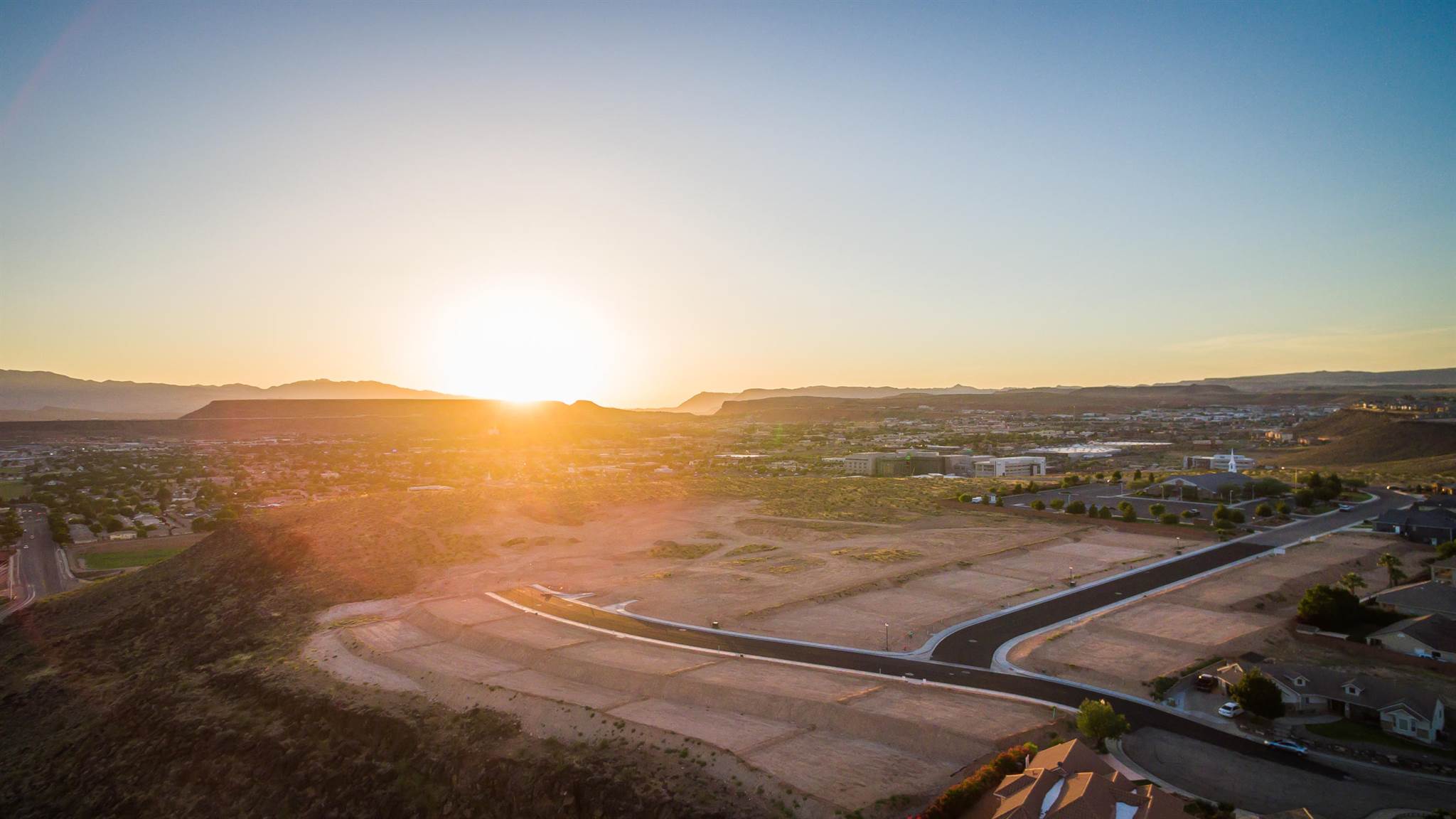 It's getting harder for a lot to be available anymore up there, but there might be one or two occasionally granted at higher prices because of the views.

Please feel free to have us do a custom report for you.  This market report consists of Sold and Active listing activity for the last 3-4 years [broken out in monthly bars] in one easy to read bar graph. It will tell the current [up against past] Inventory Level and Absorption Rate (how many months it will take for the current Actives to sell if no new ones come onto the market).