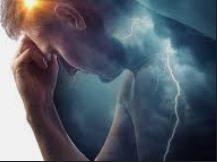 Helping to engineer one's own response to trauma seems antithetical to treating or acknowledging the shocking nature of a happening or happenings. BUT because "IT IS" (trauma happened), and we do respond no matter what, it may be better to define the context from which one decides to deal with the trauma, thus emphasizing our strength, resilience, or [eventual ability] to manage it or rise above it and our own decision/orientation in the course of treating/dealing with it. This gives us a sense of responsibility and control over it in projecting an outcome- our own outcome.

While the resiliency factor may prevent one person from over-reliving traumatic things, in creating a sense of what trauma does, an assumption towards repeating the traumatic event over and over, in order to get a sort of mastery over it, often plays a role. However, it is not empirically validated that repeating the trauma, either in a PTSD fashion or even in a 'therapy-like" talking-it-over session, is even helpful at all. While some trauma appears to necessitate venting it and telling a friend, it is not empirically validated that there are stages a person has to go through in order to be "living a healthy trauma response". If you read Wikipedia for instance about people who have experienced a certain brand of trauma, called loss, that the historical underpinnings of what was thought to be 5 stages of grief postulated by the Kubler-Ross model, as since been debunked stating thus:

George Bonanno, Professor of Clinical Psychology at Columbia University, in his book The Other Side of Sadness: What the New Science of Bereavement Tells Us About Life After a Loss, summarizes peer-reviewed research based on thousands of subjects over two decades and concludes that a natural psychological resilience is a principal component of grief and that there are no stages of grief to pass. Bonanno's work has also demonstrated that absence of grief or trauma symptoms is a healthy outcome. (References were removed, so please see the article here for annotated reference)

Saftey of the trauma victim should be considered first and foremost. After safety is established, eventually there can be a context from which to pursue the best options for trauma recovery. Indeed, most will relate to trauma victims to one degree or another wherein all of us have experienced the very unpleasant feelings/sensations accompanying trauma. However, if we can just go back to when we were little children to assess how it is that when we see little children experience trauma, we will sense that there are all kinds of intrinsic ways children will deal with something traumatic. Let's take a child falling off something and getting a bump, scrape, or bruise. Let's say it is a fairly significant bump, scrape, or bruise. Most kids will show an initial shock and recoil of pain. After that though, the spectrum of how they each process it is very varied, from crying and needing all kinds of recovery time to some getting up and starting to focus on doing something else almost to completely wanting to have the event completely washed from memory. For purposes of SAFETY, we will assume that none of these responses are wrong, that each child's desire for how they'd like to pursue healing from it is valid and useful. In either case, from an adult perspective as to safety, we will try to pursue remedies that will include helping set up conditions that minimize further trauma and from that event ever happening again, if that is reasonable or can be thought to be so.

Next, there are several contextual factors underscoring trauma responses and showing that different orientations exist.

This section will take many of the 10 reactions of trauma listed above and assume that they can combine into an "anxious trauma response" that for some can insist on repeating until we get mastery over it OR "we think" we are gaining mastery over it.

I will make it personal. When I had anxiety come into my early morning waking and unable to go back to sleep life, it engulfed that part of my day, and the most humiliating part, I lost my composure to worry as a bad habit for that part of my day. I discovered that my own perceptions of reality were warped and it created in me, for that part of the day, an anxious-brain, a worry-brain, one prone to mismatch my experiences with reality- I could only consider mainly at times how to prevail upon "The Worst-Case Scenario" TWCS. AND THAT JUST IS NOT REALITY.  In fact, so bad is the nature of anxiety (ruminations about how to prevail upon TWCS) to repeat itself, anxiety sufferers would pay hugely for how to stop the suffering. To emphasize how this trauma response dares to repeat itself, self-evident in PTSD victims aside, from all anxiety sufferers, I give you something hugely entertaining, but it dares to express this idea.

In the movie Edge of Tomorrow, Live Die Repeat, a synopsis is: When Earth falls under attack from invincible aliens called Mimics, no military unit in the world is able to beat them. Later they learn why, that the aliens possess the ability to turn time back, so each time an Alpha Mimic is killed, they cycle time backward, enabling them to precisely anticipate the invasion forces' next actions. Maj. William Cage (Tom Cruise), an officer who has never seen combat, is assigned to a suicide mission. Killed within moments, Cage, after having his own wounds splattered with blue alien blood, finds himself thrown into a time loop, in which he relives the same brutal fight -- and his death -- over and over again (this is much like the anxiety response). However, Cage's fighting skills improve with each encore, bringing him and a comrade Carter (Emily Blunt) ever closer to defeating the aliens (much like the illusion of anxiety to prepare itself against worst-case scenarios). They come to find out, when both Cage's and Carter's wounds were exposed with the aliens blue blood, that now gave them the same power the Mimics were using to defeat them- the ability to turn back time one day, to have another new chance to prevent the same mistake that led to them dying, to change the outcome, progressing them ever further closer to defeating the aliens.  And then they find out that all Mimics are manifesting the will of one overmind 'Omega' alien creature. Eventually, Cage's exposure to the Alpha alien's blood, also allows him to telepathically find the location of the alpha of all the alpha's, the Omega in order to kill it.

This movie having Cage (Tom  Cruise) being thrown into a "time loop" of repeated traumatic experiences to relive "the same day" mimics what I'll call the anxiety trauma response. It is that put upon a painful moment that is deemed to be too much pain by the brain/individual- it tends to now want to repeat the experience as a way of gaining mastery over that trauma, to figure out what it was, how was it surprised, and how was it able to overwhelm the person. Thus, we can now be equipped with a way to surmount it with a preparedness strategy to guard against it happening again.

So bad is this monster alien, that Tom Cruise "has to" live, then die and repeat this process over and over in a time loop of conversely using the enemies' tactics of REPEATED EXPOSURE (TO WORST CASE SCENARIOS) in order to get mastery over the enemy's tactics- in order to beat it. This is "a lot like anxiety". Only in REAL LIFE, it is when we PULL THE PLUG ON IT, and QUIT PLAYING ITS GAME to GET US TO KEEP REPEATING IT that we win. Translation: We think when we are "fixing it" with our mind to try to "AVOID THE WORST THING HAPPENING AGAIN" by preparing against the next time- strategizing... when the chances of the worst thing happening again is often nill, yet we are spending all our resource and time AS IF IT WERE GOING TO. In a new twist, at the end of the movie, mankind has exhausted all its chances to live die and repeat in order to gain mastery of it. This could represent "our no longer playing the game" and our one last-ditch effort to save ourselves from an anxiety trauma response is to "live once" by... pulling the plug on the mind wanting to perform analysis paralysis, robbing us of recovery.

An example is a man using a wrench, his own mind, to work on a problem, a bolt, to undo it and only to find out when he can see on that other side of the object he had to reach to get at the bolt when he was turning the wrench, unbeknownst to him, the whole time it was not working because the wrench had a broken prong or our mind, the thing we are "working with" is defective and broke- it will no longer work to solve the problem because it now IS the problem- it wants to "work on it" when finding out how to leave-it-alone will save it.

Like-wise Tom Cruise in the end only has "one chance", not several, to fix the problem. He NEEDS to "make for sure" that the aliens won't win... when for us involving the anxiety trauma response, all that really needs to be done is to somehow figure out how to get the mind from running amuck with "over-fixing things". This page talks about just such a method to relieve anxiety.

The above contexts can be examples from which to engineer Your Response To Trauma.