In talking to the Washington County Assessors office the actual tax rate can change based on housing values, but have been historically about 1%. The current tax rate also varies by area and school levies. Currently as of 2012, the general tax rate is a little higher than 1%. Second home owners set precedence as the default value for being taxed- they base if off 100% of the value of your home, times the tax rate. If your usage is as a primary exemption (primary home owner or landlord renting to primary residents), which full time rentals apply, then you can apply for Primary Exemption Status, which gets taxed off 55% (a 45% reduction) of the homes value times the tax rate, as of January 1 of that year. 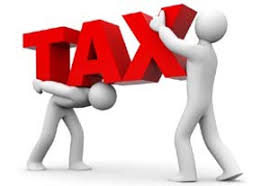 For buyers who purchase homes during the year, you are taxed for the remainder of your first year at the CURRENT status of the former owner- what was currently in place as of January 1st of that year. It could go either way. You might be inheriting a higher tax if the current owner was a second home usage and you are primary. Or the other way. You could be a second home owner usage and be inheriting a primary usage exemption portion to pay for your remainder of your first year.

If you think something is unfair because the prior owner has been a second home owner, you'd need to work out your compensation for it, when you are negotiating a price in which to purchase your home, with that seller. This is because you will inherit that portion of property tax, at whatever status the other home owners usage was set at for that year, if it was second home owner, full amount, or what have you. Property taxes get worked out on settlement sheets when you buy, based off what is prorated usage for your portion of the year that you own the home.

In Washington county taxes are paid in arrears, which means you pay for the prior year at the end of the year. However, when you purchase, the buyer will have to pay towards your ownership at that time, the portion of months in which they have owned the home, so as to give you the amount they are due for their part of the year. However, if their rate is based off second home usage, you'll still have to pay based off that status for the remainder of the year, unless you've prior negotiated compensation into your contracted purchase price at the time of buying the home. Most people do not negotiate or will not have even known about it, but eat the higher tax, when it comes time to pay property taxes. If I'm understanding my conversation with the Washington County Assessors office, there is just no way around this, other than to try and pass on the higher rate to the person selling the home, which I know of no instances of this happening.

Typically you have to apply for the primary exemption status before April 30 of the following year or pay a $50 administration fee. As long as you qualified on January 1 as to what your usage was, you can get that exemption. It resets your tax for that new year, then it gets based on 55% of the current market value rather than the full 100%. If you are an investor and purchase a home to have it rented full time, you can still go after a primary exemption status. It is a usage law and not a home ownership law.

There is a board of equalization that opens and meets in August 1st through September 15, and that fact of information is printed on your disclosure notice that gets sent out the end of July of each year, if you have a problem with what the market value that has been set on your home is of gross calculation. At that time, if you wish to appeal the market and/or assessed value as of January 1 being way to high, you can submit a correction of value and you will possibly be able to readjust the value, and thus pay taxes off that lower value. You will have to submit the paper work required and evidence supporting the value you believe the home is worth.

I represent St George real estate home buyers and often get asked property tax questions. So, to use an example at what current property taxes can equate to, let's say a home is sold to you as a buyer in May for $200,000. The current tax status is as a second home usage (non-exemption status). Even though the new home owner has the home as a primary status, they will be taxed the remainder of the year at the second home rate, which is based off of 100% of the market value. Let's say that the current market value at January 1 was assessed at $220,000, then the tax would be approximately 100% of that, for that year. However, you would automatically have Primary Home Owner Usage Exemption Status in the coming new year and would nearly need to apply in order to get taxed off 55% off the market value of your home. But before that day comes, back in May, the month that you purchased, let's say, you'd like to have your home assessed the rest of the year, down to the $200,000 value you purchased at, and be taxed off that lower value. Then only if you purchase or appeal your current assessed market value prior to August 1st through September 15th, can you then submit a correction of value that may possibly then be approved.